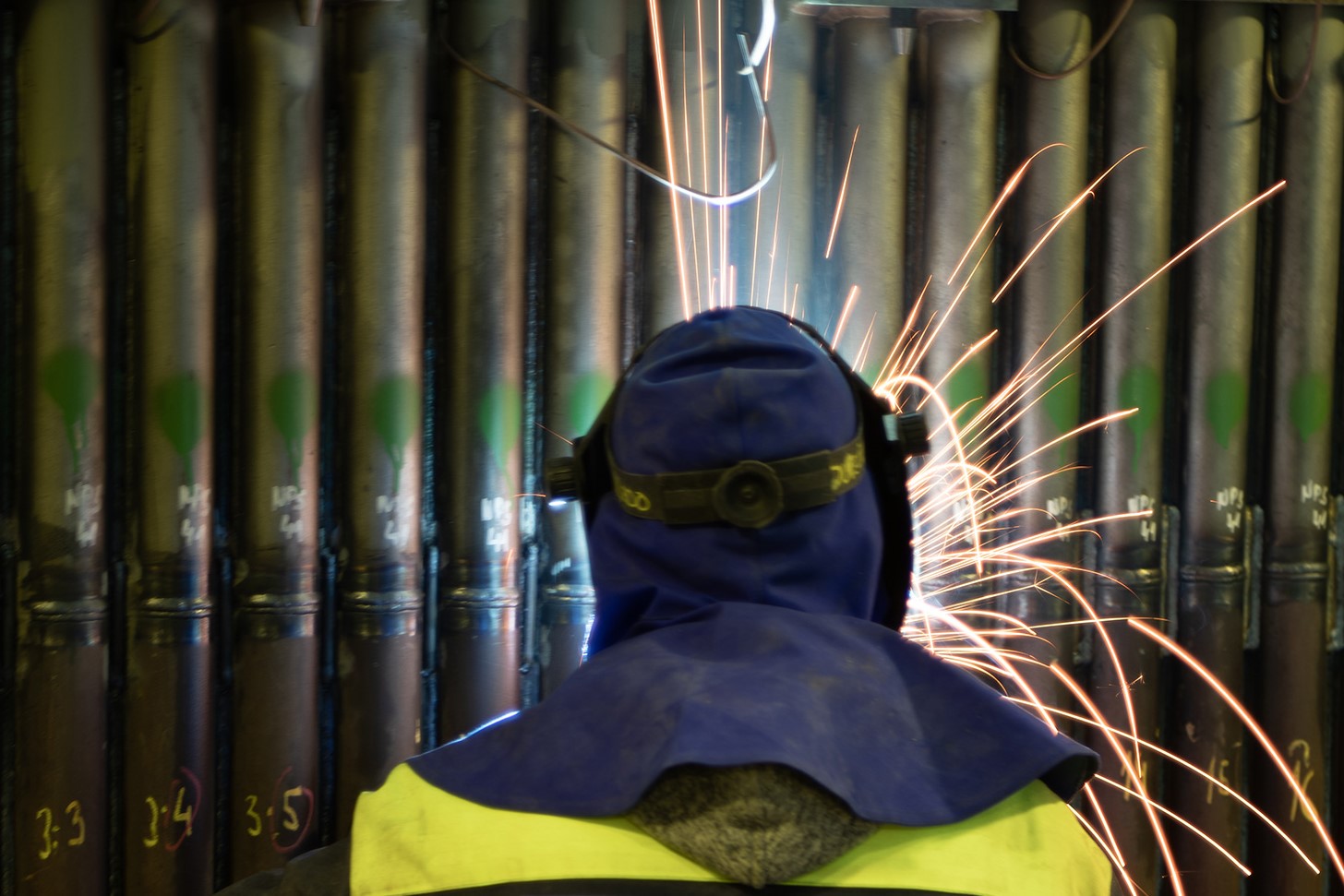 Regular maintenance shutdowns ensure the supply security of UPM’s pulp and the smooth functioning of pulp mills. At the same time, improvements are made to the mills’ environmental and production efficiency.UPM’s pulp mills are shut down, in turn, for maintenance approximately every 18 months to two years. A shutdown typically takes about two to three weeks and, besides regular maintenance and repairs, involves significant investments into the continuous improvement of operations.

This spring, maintenance shutdowns were carried out at the Kaukas mill at the end of April and beginning of May, and in Pietarsaari at the turn of May and June. Vesa Volmari, General Manager of the UPM Kaukas pulp mill, says that all maintenance work is based on a long-term plan for the next ten years, which is then specified according to both regular inspections and observations made during the maintenance shutdowns.

“This year, the work carried out during the shutdown was divided into three parts. In addition to repairs that ensure the mill runs smoothly, we made an investment into the softwood fibre line that reduces the COD (chemical oxygen demand) load and finalised increasing the power output of our electricity generation, which will further improve the mill’s energy self-sufficiency,” Volmari says.

He notes that improvements related to the environment and cost-efficiency go hand in hand.

“For example, the less we have chemicals and other usable fractions going to the wastewater treatment plant, the better the profitability of the mill. Also, by increasing the power of the turbine in the recovery boiler, we can utilise the steam energy more efficiently, which increases the share of our renewable electricity production by around ten per cent.”

Changes to the generation and recovery of energy
According to Simon Fagerudd, General Manager of the UPM Pietarsaari pulp mill, this year’s maintenance shutdown was more extensive than usual. The renewal of the superheaters in the chemical recovery line – started during the previous shutdown – was now finalised. This will help to further increase the energy production of the mill and improve process safety. In addition, modifications were made to the bleaching processes of two production lines, which will decrease chemical consumption and enhance the operation of the wastewater treatment plant.

“In practice, we will recover more heat in the bleaching process, and thus lower the temperature of the wastewater going to the plant so that it is more optimal for microbes. Enhancing the microbes directly leads to lower emissions,” Fagerudd explains.

Another renewal that further lowers the mill’s emissions to air was made to the air system of the recovery boiler. Planning the work included using the latest technological research data and 3D modelling.

“Our aim is to use the best available technology when carrying out renewal projects during each shutdown. By designing the recovery boiler’s air vents, we can affect the combustion and thus lower emissions.”

Long-term planning
Both Fagerudd and Volmari note that the situation this spring was exceptional due to the strike that kept the mills closed for almost four months since the beginning of the year. It was decided, however, in order to ensure smooth operations, that the maintenance shutdowns should go ahead according to plan. The Pietarsaari mill was started up for normal operations for a few weeks, while the shutdown at Kaukas began shortly after the strike ended.

“For example, when a mill has been shut down for several months, the temperatures of solutions used in cooking pulp and the chemical process drop to significantly lower levels. Warming up a large amount of liquid slowed down the start-up process somewhat, but otherwise everything proceeded as planned,” Volmari says.

Also, when considering safety issues and increased traffic at the mill sites, the shutdowns were a complete success. At its peak, in addition to mill personnel, up to 1,000 external contractors and suppliers were at work at each mill.

“We have positive experiences of using external safety inspectors during several past shutdowns. This time we succeeded better than ever before, since despite this being an extensive shutdown, no accidents, even minor ones, were reported,” Volmari states.

Planning the next maintenance shutdowns begins straight after the previous ones have ended.

“Systematic planning and perseverance are crucial factors in this work. When you consider the massive scale of operations, there are very few things that come as complete surprises with regards to the equipment. Our aim is to always anticipate future repair needs,” Fagerudd points out.