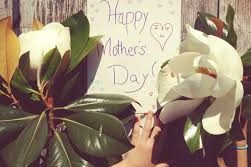 In honour of Mother's Day, we set out to discover how various cultures across the globe celebrate mums and how this year’s celebrations will be different due to social distancing.

Motherhood has been celebrated ever since the time of the Ancient Egyptians, Greeks, and Romans. While the modern version of Mother’s Day originated in the United States in the early 20th century, it is now celebrated around the world.

Mother’s Day traditions are similar in many countries with children showing their gratitude, respect, and love to their mothers. Common gifts include flowers such as carnations or roses, chocolates, and perfume, as well as cards. It is also very common for people to visit their mothers and cook and share meals with them.

This year’s Mother’s Day celebrations will be unique due to social distancing restrictions in many parts of the world. Where often families would come together to celebrate in person, many will now use digital tools including video calls and emails, as well as traditional post to send their greetings to their mothers, grandmothers, and other important women in their lives.

Finnish Mother’s Day was first celebrated in 1918 and became a national holiday in 1947 and the Finnish flag proudly flies across the country to mark Äitienpäivä. Finnish children often bring their mothers breakfast in bed and give her home-made cards in which they’ve written special poems or verses. Typically, they also gift forest anemones picked from local forests.

Whereas in Uruguay, on Día de la Madre or Mother’s Day families come together and share funny anecdotes about their mothers and her children over a meal. This year, the Uruguayan Chamber of Commerce has moved Mother’s Day to June 7th due to coronavirus health concerns.

In China, Mother’s Day (mǔqīnjié) falls on the second day of the fourth month of the lunar calendar but is generally celebrated on the second Sunday in May. It’s also a day to recognise and raise funds for poor mothers who live and work in rural areas.

First celebrated regionally in Hong Kong and Macau due to British influence, the Chinese mainland also began to embrace it in the 1980s. The holiday has become quite popular as the idea of respect and appreciation for parents is deeply embedded in Chinese culture.

Unique traditions
Most of the world seems to have a traditional way of celebrating Mother’s Day and making sure mothers everywhere feel loved and get the praise they deserve. But there are a few traditions that are more unusual.

In Japan, a popular ritual on Mother’s Day is for children to draw pictures of their mothers which are then displayed in store windows or submitted to art competitions. The selected winners then have their pictures displayed at exhibits across the country.

Each October in India, Hindus honour Durga, the goddess of mothers, during the 10-day festival known as Durga Puja. Thought to date back to the sixteenth century, it is considered both a religious ceremony and a time for family reunions. Families spend weeks preparing food, gathering gifts, and decorating their homes for the festival.

In Serbia, Mother’s Day is celebrated in December and sees children tie their mums up. In order to be “released,” the mother has to present her children with gifts. A week earlier on Children’s Day, children are tied up and must agree to behave before they are released.

Mother’s Day traditions may vary, but the emotion and love that ties families together are the same the world over. No matter how or when it is celebrated, it serves as a reminder for all the things that mothers do for their families.