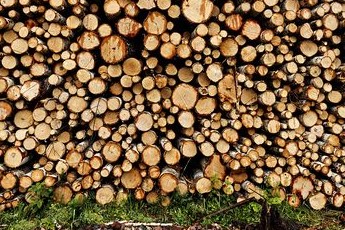 Finland's Natural Resources Institute (Luke) has revised its benchmark assessment of target carbon sink levels, after discovering an error in its calculations.

According to the new count, Finland will need to raise its carbon sink sequestration numbers by another 10 percent beyond the numbers in its original estimate.

The correction means that logging volumes of Finnish forests will have to be reduced by another 1-2 million cubic metres.

The state-owned research institute's new recommendation puts the ceiling at 81-82 million cubic metres for the 2012-2025 period, down from the figure of 83 million proposed in December.

Luke says the calculation error accounts for the equivalence of 3 million tonnes of CO2, both with and without wood products.

"This means that we have to enact changes in the land use sector that would reduce greenhouse gases and add more carbon sink capacity quickly," says Aleksi Lehtonen, an associate professor at Luke, which operates under the Ministry of Agriculture and Forestry.

Finland committed to EU emissions reduction target
In October 2018 the UN climate council published a special report on the impact of global warming of 1.5 °C. The European Union had earlier set an emission reduction target of 20 percent in relation to the year 1990. The EU has also committed to reducing its greenhouse gas emissions by at least 40 percent by 2030, compared to 1990 levels.

Finland drew up a Land Use, Land Use Change and Forestry (LULUCF) plan, and in the summer of 2018 an agreement was reached on the specific targets, based on Luke's original calculations of the reference level for Finnish forests' carbon sequestration.

On 6 June 2019, after experts pointed out a problem, Luke announced that it had decided to revise its calculation methods for determining the reference level for carbon sink capacity by accounting differently for forest areas that it deems ready for final felling.

Several new pulp mills are being planned that would increase the commercial use of forest products significantly. Debate over state approval of a pulp mill extension in Kemi animated recent government formation talks. Last week new Environment Minister Krista Mikkonen from the Greens Party said it wasn't likely that all of the pulp mill investment projects in the pipeline will end up being implemented, angering many representatives of the Centre Party.

Along with Poland, Finland has received the most warnings from the EU about the accuracy and transparency of its carbon sink benchmark calculations.

"It's difficult to estimate, as it depends on what kinds of emissions reductions Finland will be able to carry out. Will the Kemi pulp mill be the only one that increases wood intake? We need to know more about the other factors," Lehtonen says.

The EU Commission has asked Finland to specify future logging amounts and assess whether its current calculations for wood use are appropriate in light of alarming rises in greenhouse gas emissions.

Luke says it will submit its new figures to the EU and expects the Commission to request corrections again in June or July. At the end of the year, the EU will then set a final carbon sink benchmark for the country.