ANDRITZ GROUP; Results for the third quarter of 2017 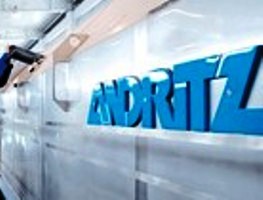 Results for the third quarter of 2017

respectively, compared to the previous year’s reference period. In the first three quarters of 2017, the Group’s order intake at 4,112.5 MEUR was slightly higher than the level of the previous year’s reference period (+1.9% versus Q1-Q3 2016: 4,036.5 MEUR). This increase is particularly attributable to the
PULP & PAPER business area, which achieved increases in both capital and service business. The SEPARATION business area also saw favorable development in the reporting period and was able to continue the rising trend in order intake that began in the previous quarters.

 The net income (without non-controlling interests) decreased to 189.8 MEUR (Q1-Q3 2016: 194.2 MEUR) in the first three quarters of 2017.
Wolfgang Leitner, President & CEO of ANDRITZ AG: “For the coming months, we do not anticipate any major changes in the markets we serve. In PULP & PAPER, we expect unchanged good project and investment activity and also assume that the positive development in the SEPARATION business area will
continue. The Group’s service business, which currently accounts for around one third of sales, is also expected to continue its positive development.”

ANDRITZ continues to expect a slight decline in Group sales for the 2017 business year compared to 2016, but also expects profitability (EBITA margin) to achieve the solid level of the previous year in spite of the decline in sales.