Couples in Finland can check genetic disease compatibility before pregnancies 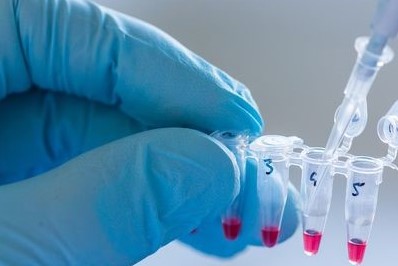 Couples in Finland can check genetic disease compatibility before pregnancies

A private fertility clinic in Finland offers parents the ability to check whether they could pass on a variety of severe genetic diseases to their children before conceiving them.

Couples in Finland who are considering having children can be genetically screened to see whether they carry recessive genes that could cause serious problems for their offspring — before trying to get pregnant.

There are some 40 serious genetic diseases which are recessively carried by most Finns. This means that parents who carry the gene can be healthy, but if both parents carry the same recessive genes, their children can be struck by one of the illnesses.

Private health care firm Dextra has started offering potential parents a genetic exam — dubbed FinnScreen — that can tell parents whether or not they would pass on some 20 different incurable genetic diseases to children that haven't even been conceived yet.

Dextra says the genetic screening, which is carried out at the firm's fertility clinics, is the first of its kind in Finland.

The company's geneticist Noora Sirkkanen said that the diseases and birth defects tested for in the FinnScreen test are much more severe than, for example Down's Syndrome.

The firm says that the test can detect illnesses which would cause fetuses to die before being born or shortly after birth. The diseases being screened for can cause severe forms of development disabilities, mental retardation and other serious, chronic conditions.

THL geneticist says tests should be available to public

However, for some time now, expectant couples have been able to test themselves for recessive genetic in cases when such diseases are known to run in their families, according to genetic physician and researcher Helena Kääriäinen at the National Institute for Health and Welfare (THL).

"Now that it is possible for anyone to test themselves in the private health care market, there will likely be a discussion about whether a similar test should be offered in the public health care world," Kääriäinen said.

She said that if such a genetic screening is reliable, it should be made available to parents who want to use it in the public health care sector.

"Otherwise, if only the rich (can get the screening) from private health care, it would be unfair," she said.
Kääriäinen also noted that there is no 100 percent guarantee that a screening will be accurate.
Even if both parents carry the same recessive gene, their chances are 75 percent in favour of having a healthy child, she said.